The Magic of Michoacán’s Four Blooms 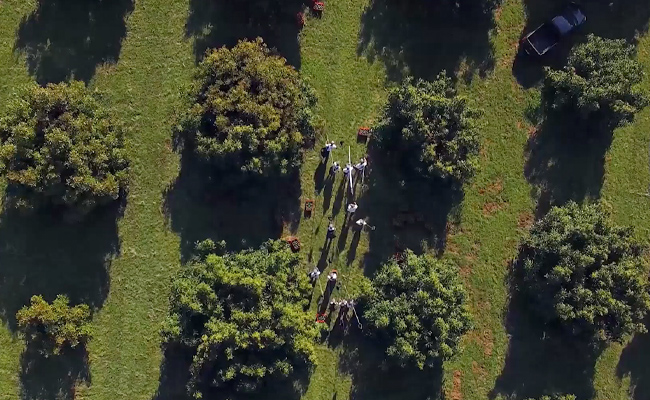 Michoacán’s four blooms give way for continual avocado growth and harvesting 365 days out of the year.

There’s a reason why Michoacán, Mexico supplies more than 80% of the United States’ avocados. The state’s rich volcanic soil, abundant sunlight, consistent climate, timely rainfall, and natural irrigation coalesce to create the perfect environment for avocado production and harvest. Simply put, Michoacán is the only location in the world where avocados can be grown and exported year-round. But there’s another notable component that makes Michoacán’s avocado region unique and magical.

Avocados are planted at elevations ranging from 2,000 to 10,000 feet. Depending on the elevation’s specific climate, the fruit can survive on the tree for up to six months after reaching maturity.

The orchards rhythmically bloom from higher to lower elevations, and then back again. The four avocado blooms (or seasons) each have distinct characteristics that generate a continual, uninterrupted avocado harvest.

When Do Avocado Trees Bloom?

Avocados are planted at elevations ranging from 2,000 to 10,000 feet. The orchards rhythmically bloom from higher to lower elevations, and then back again.

Although Michoacán’s four blooms overlap, there’s plenty of time for harvesting. Depending on the elevation’s specific climate, the fruit can survive on the tree for up to four months after reaching maturity.

Avocado season begins with this four-month avocado bloom cycle and produces fruits with a round shape.

The Aventajada is the shortest avocado bloom and produces fruit with a longer, pear-shaped body — a look most familiar to American avocado consumers.

Stretching over a six-month period, this avocado bloom is when the majority of avocados are produced.

This cycle, briefly overlapping with the Loca bloom, is the most segmented, with a specific timeline for avocado-harvesting opportunities.

Michoacán’s four blooms are a symbol of assurance and abundance. With thousands of avocado orchards firmly rooted in the state’s rich soil, the growing and harvesting processes form a consistent, steady cycle with a simple promise: No matter the season, consumers will have access to an abundance of high-quality, lush avocados, and the 30,000 growers and 74 packing houses have plenty of work year-round.

Michoacán is unlike any other place in the world when it comes to avocados — it’s truly Avocadoland.