Why Avocado Orchards Thrive in Michoacán 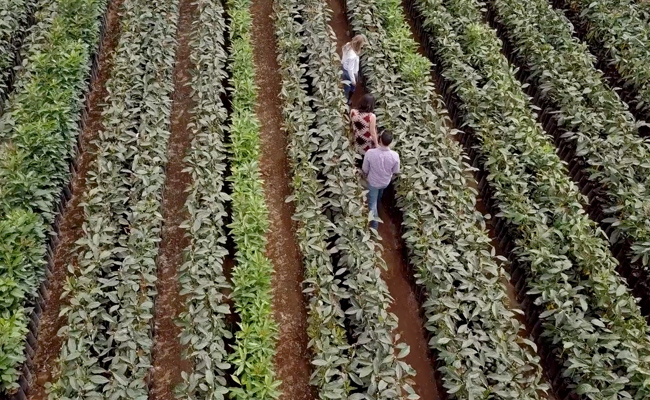 Michoacán provides avocado farmers with natural irrigation, volcanic soil, and a unique topography for their orchards, allowing their produce to always stay in season.

Archaeological sites in Mexico have discovered avocado remnants that are more than 10,000 years old. It’s no wonder, then, why the fruit has been such a fixed part of Mexican culture and cuisine. But while avocados are so beloved across Mexico, the United States, and around the whole globe, they have a special connection with one place in particular.

Michoacán is the central hub of Mexican avocado production, harvest, and exportation to the U.S. and is the only location in the world where avocados can bloom 365 days out of the year. The conditions required for producing and harvesting avocados year-round are hard to meet, but Michoacán is blessed with rich volcanic soil, natural irrigation, and a unique topography. Combined, these elements of Michoacán create year-round work for avocado farmers by providing the groundwork for perennially blossoming avocados.

Volcanic deposits contribute to some of the richest agrarian areas on the planet, including Michoacán. The avocado groves in Michoacán lie in the heart of the Trans-Mexican Volcanic Belt, amid more than 100 volcanoes. The ash from these volcanoes supplies the surrounding area’s soil with precious nutrients, which in turn create a particularly fertile landscape in which avocado trees can thrive.

How much rain does Michoacán get?

Uruapan, where most avocado orchards in Michoacán are located, receives around 64 inches of precipitation annually. This rain, in turn, feeds rivers and lakes that allow avocado farmers to naturally irrigate their orchards. In fact, 61% of avocado orchards in Michoacán rely on rainfall as their primary source of irrigation, and an additional 36% of orchards utilize drip irrigation systems.

97% of avocado orchards in Michoacán rely on sustainable irrigation methods.

In addition to rainfall, the avocado trees and forests that surround the orchards facilitate natural irrigation and healthy soil. The shade created by the thick avocado leaves traps evaporation beneath its branches, helping to create better irrigation and avoid soil erosion.

The climate and mountainous topography enable avocado trees at different elevations to bloom and produce fruit year-round in Michoacán. Avocado orchards are located at various elevations, allowing for four overlapping bloom seasons in the state: Loca (from June through September), Aventajada (from August through October), Normal (from September through February), and Marzena (from March through June).