Between 1998 and 2017, per capita avocado consumption in the U.S. skyrocketed from 1.5 pounds all the way to 7.5 pounds, an unseen rate of growth for any other fresh produce item. This growing demand for avocados is not being met by U.S. producers. In fact, domestic production of avocados has actually dropped by more than 45% over the past few decades.

Rather, the cause for this growing demand among U.S. consumers is due to imported avocados. Between 2015 and 2017, annual deliveries of both domestic and imported avocados totaled 1.1 million metric tons, with annual imports from the Mexican state of Michoacan averaging 781,000 during that time frame.

Put another way, Michoacan growers supplied more than 70% of all avocados consumed in the U.S. during that three-year window.

Mexico continues to thrive as an avocado growing and exporting powerhouse. According to the USDA annual report, by 2018, Mexican avocados had captured 87% of the U.S. market share. And since Michoacan is currently the only Mexican state with phytosanitary clearance to export avocados to the U.S., growers in that state deserve the credit for supplying those avocados.

By June 2020, the USDA predicts that Mexican avocado exports to the United States will increase by more than 12% to 1 million metric tons.

While most Mexican avocado exports currently go to the U.S., the USDA data indicates that Canada and Japan also represent significant export markets, with imports of nearly 89,000 metric tons and almost 70,000 metric tons, respectively, from July 2018 to June 2019.  Furthermore, the USDA says Mexican avocado producers are working to develop new Middle Eastern markets like Turkey, Kuwait, and Dubai. There has even been interest expressed in expanding the market as far east as Hong Kong.

Given the apparently insatiable consumer demand for avocados, the Mexican avocado industry faces the dual challenge of increasing production and obtaining better yields, while exercising responsible stewardship of their environmental resources. The USDA notes that Mexican producers are working with the Association of Avocado Producers, Packers, and Exporters of Mexico (APEAM) to improve environmental conditions and cultivate healthier soils. 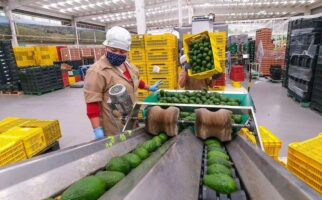 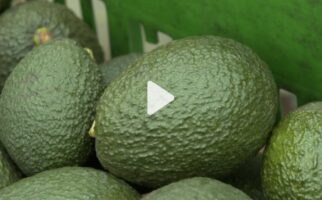 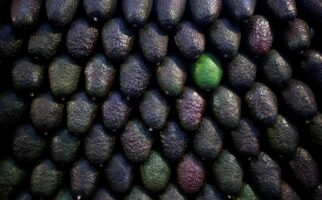 Hass avocado imports from Mexico, the main ingredient of guacamole - a favorite Super Bowl snack - are now worth…